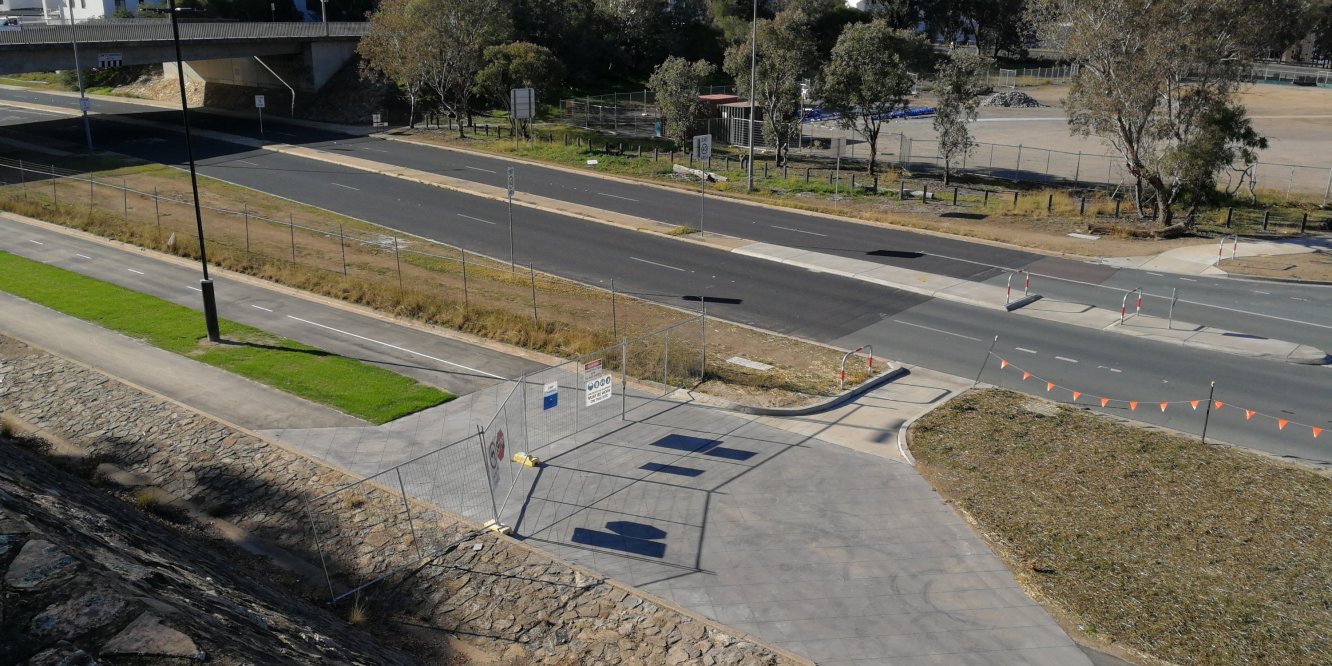 The construction of the Belconnen Bikeway started last year and some progress has been made. The separated bike and pedestrian paths along the old bus road are finished but not open. Construction has started on Emu Bank. The section through the University of Canberra is largely finished.

View all posts by woodfloats